[BLOG] CH4: Betty goes back to the track.

CH4: Betty goes back to the track.

If you’ve been following along from the very beginning of this blog series, then you know that Tom Tang’s 2016 F80 BMW M3 6MT sedan (nicknamed “Betty”) is his everyday car. This means that he spends a lot of time driving on his JRZ RS Two dampers. We followed up with Tom to see what his impressions were after 1,000+ miles of commuting around the San Francisco Bay Area. He shared that he continues to be really impressed with how comfortable the RS Two shocks ride. “They handle bumps very well, and if you’ve ever been on California roads you know that they are notorious for pot holes and rough surfaces.” The one issue that Tom did have though, was that because of how BMW designed the multi-link rear suspension; any changes made to one attribute, such as camber, meant that a change to toe (and tack width) would follow. This meant that any static negative rear camber also resulted in unwanted rear toe out. 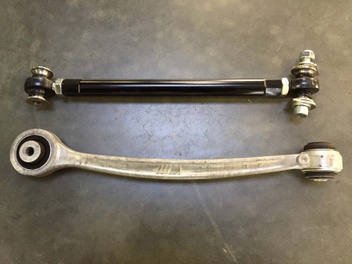 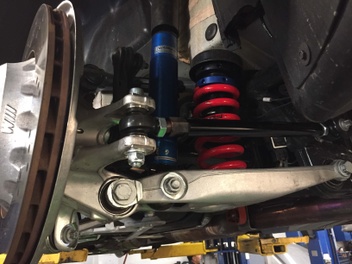 In order to solve this problem, Tom chose to partner with our friends at Fall Line Motorsports to run their cleverly designed rear toe link kit. These allow for the rear toe to be easily set after camber is adjusted. This meant that Tom was able to dial in the rear toe to his liking in order to minimize any “rear steer” while still maximizing rotation. 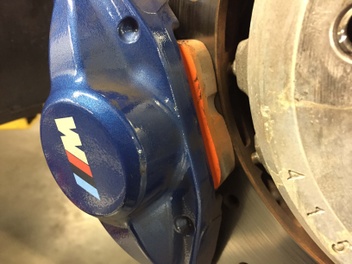 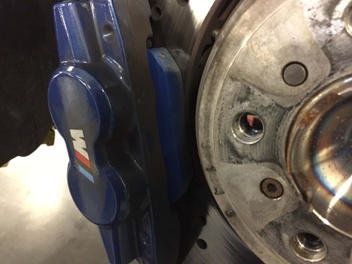 As Tom was preparing for his return to Thunderhill Raceway he thought about upgrading his brake pads to something with more initial bite, better modulation feel, and a much higher tolerance for heat. He called up his partners at G-LOC Brakes, and owner Danny Puskar happily shipped over a set of R12 compound (front) and R10 compound (rear) pads for “Betty.” 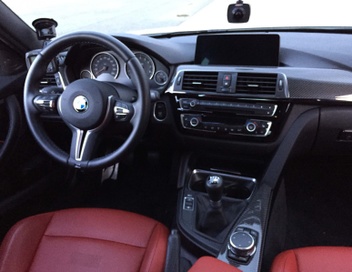 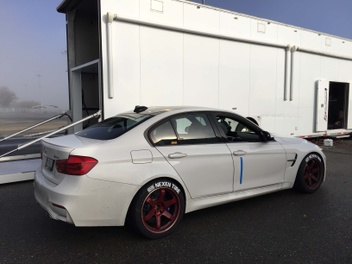 A few days later, Tom found himself once again parked in the paddock at Thunderhill Raceway. “Betty” had received considerable upgrades and he was excited to see how those changes would translate on track. After hooking up his AIM Solo GPS data-logger and HD360 video camera, he went out for the first session of the day. Tom immediately noticed that the car felt more stable, that it transitioned better, and that the front end didn’t dive as much under hard braking. The result? A 2:07.8. 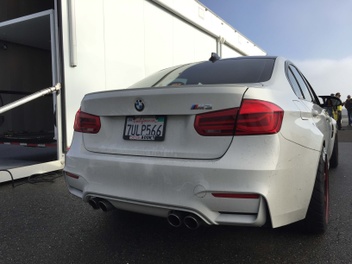 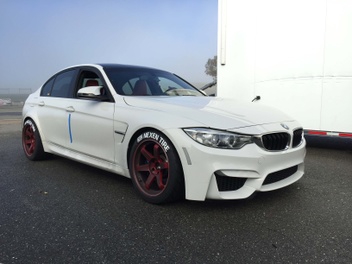 Second session out and Tom was able to drop into the 2:06’s. By the third session, he was lapping in the 2:05’s. He spent some time reviewing data during lunch and saw that “Betty” was now generating significantly more lateral g’s than before (1.3g now, as opposed to 1.1g when the car was stock). “Betty” was also much faster down the front straight now (132.8mph vs. 125.4mph from before) because Tom was able to carry much faster exit speeds coming out of Turn 14-15. After making a few tire pressure adjustments in the afternoon, Tom was able to drop into the 2:04’s.

By the end of the day, Tom was able to clock in a 2:02.377 which is a very respectable time for the Bypass configuration in a full-interior non aero-equipped car on street tires. Ride along with him and "Betty" in 360-degree high-definition video here: 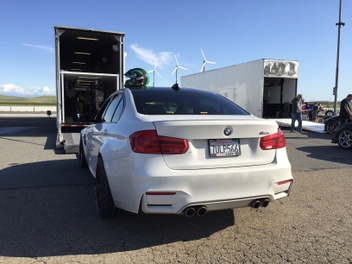 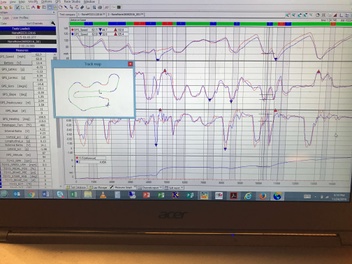 Stay tuned for Chapter 5 which will feature: