[BLOG] CH2: The first of many things for Betty.

CH2: The first of many for Betty

According to BMW, the 3.0-liter twin turbocharged inline-six engine housed within the F80 M3 is officially “broken in” at 1,200 miles. That’s why BMW requires owners to bring the vehicle back for the first oil change once this happens. BMW also recommends that during the first 1,200 miles the car should be driven below 5,500 RPM, below 105 MPH, and never at wide open throttle. Tom chose to ignore all of these recommendations. He opted for a “hard break-in procedure” instead, and five weeks after first taking “Betty” home he brought her back to the dealership for fresh engine oil so the real fun could begin. 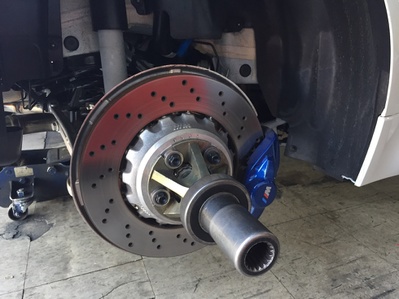 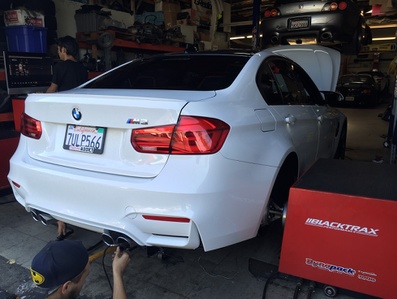 Later that very same day, Tom drove over to Blacktrax Performance in Milpitas, CA with a tank full of 91 octane Shell V-Power gasoline to find out just how much power “Betty” is putting down at the wheels using a Dynapack dynamometer. Keep in mind, BMW claims that the F80 M3 produces 425 horsepower and 406 ft/lbs of torque at the crank.

At 82F degrees ambient, “Betty’s” first baseline pull on the dyno was a whopping 422 horsepower and 416 ft/lbs of torque. At the wheels! On the next pull, 417 horsepower and 414 ft/lbs. Amazing! Needless to say, Tom was very happy with these numbers. 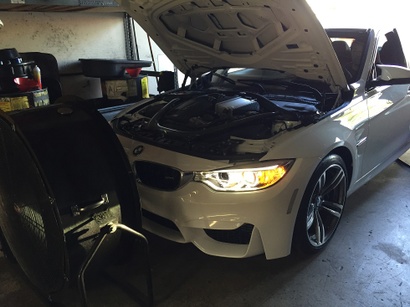 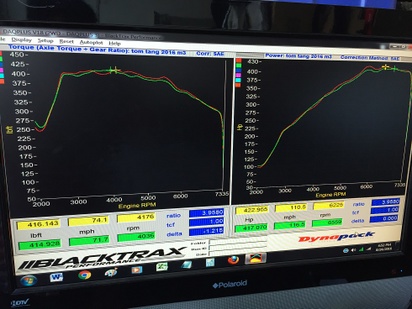 The next day, Tom headed up to Thunderhill Raceway for his very first shakedown and track day with “Betty.” During the two-and-a-half-hour drive to the track he had some time to reflect on his impressions of street driving with the F80’s OEM suspension. Tom purposely chose to not get the Adaptive/Dynamic option, knowing that he would eventually be on JRZ’s (JRZ does offer delete kit's for those who have the Adaptive/Dynamic option). As is, the M3 feels stiff but comfortable. The factory gas shocks are actually somewhat noisy though - over speedbumps they emit a rather noticeable sound. But other than that, they work well and provide a surprisingly good amount of mechanical grip “out of the box.” 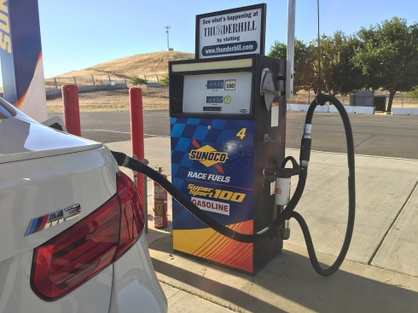 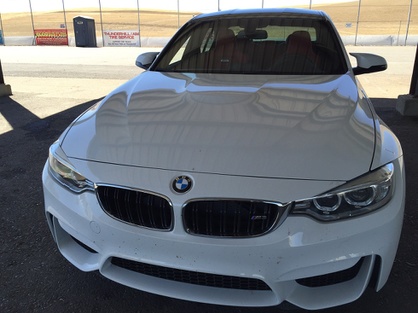 After filling up the tank with 100-octane gasoline (to prevent engine knock), Tom went out for his first session of open track on Thunderhill’s 3-mile East Track with the Cyclone (over the hill) configuration at Turn-5. For each session Tom would have a passenger onboard because he had recently donated a “track ride-along experience” for a charity fundraiser silent auction, and the winners had decided to redeem it on this particular day.

Tom’s best time during the first session (80F ambient) was a 2:14.7. He was at first reminded of the great inherent handling dynamics of the M3, but also quickly began to realize that it is definitely not a light car at 3,562 lbs (when Tom drives a car he actually owns, he pushes it much harder than he would with someone else’s so this wasn’t apparent with the M4 mentioned in Chapter 1 from a year ago). And as you can imagine, the F80 M3 weighs a lot more than the race cars that Tom is normally used to. As such, he began to also feel the OEM brakes begin to fade as he tried to slow the car down into some of the heaviest braking zones on track (from 131mph to 90mph in Turn 1, and from 128mph to 50mph in Turn 14). 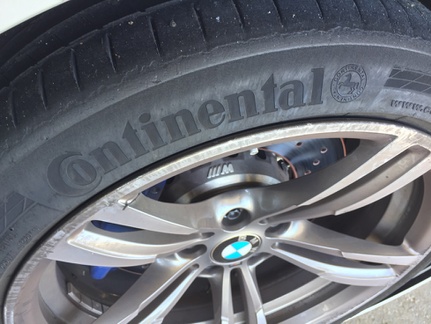 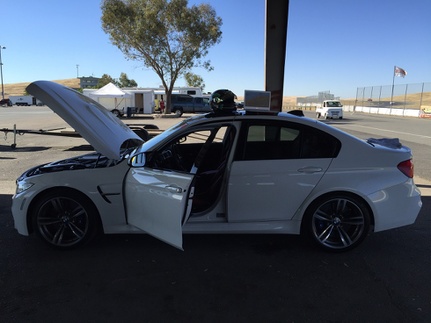 After making some tire pressure adjustments to the OEM supplied Continental ContiSport Contact tires (255/40/19 in the front and 275/35/19 in the rear), Tom went back out for second session (86F ambient) and turned a 2:12.4. Progress! Tom noticed that the nose of the car dives quite a bit under heavy braking, so he realized that he would need to brake earlier and not as aggressively in order to manage understeer at corner-entry. At the same time, the OEM tires do not provide a lot of grip, so he had to be very gentle with throttle application at corner-exit; otherwise snap oversteer would become a very real problem. Third session out (88F ambient), and Tom was able to turn a 2:10.009. By then, the tires were very warm (core temperature) and the brakes had been worked very hard despite his best efforts to manage them. For the fourth and final session (92F ambient) of the day, Tom ran a 2:10.100, which was quite good considering that by then it was more than 12 degrees hotter than when the day had begun. Keep in mind also that the Cyclone configuration of the 3-mile East Track at Thunderhill is about 3-4 seconds slower than the more commonly used Bypass configuration. 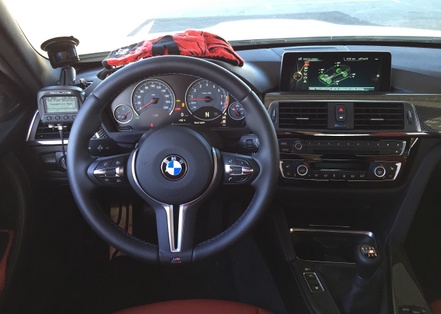 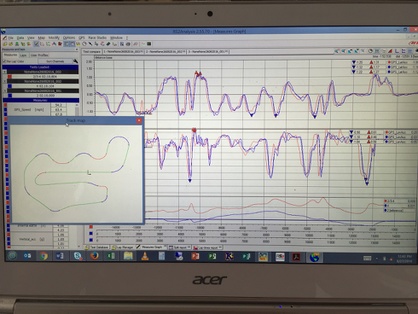 At the end of the day, Tom had shaved more than 4 seconds off his starting time and had collected a ton of useful data (for example, the car was able to generate over 1.1 lateral G in Turns 2 and 8, and over 1.1 longitudinal G in braking in Turn 14) using a Solo DL data-logger provided by his partners at AIM Sports. He was happy with the results and was glad that he was now more in-tune with “Betty.” Tom also felt that he now had a real benchmark for which he could begin making improvements against.

Stay tuned for Chapter 3 which will feature: