There’s never a dull moment with Tom Tang and his 2016 F80 BMW M3 6MT sedan, “Betty.” With the end of the year quickly approaching he wanted to accomplish at least one more thing before 2017 arrived; and that was to lap Buttonwillow Raceway in under 2:00 minutes on street tires. Not an easy feat, especially for a full street weight daily-driven car with no aero. However, Tom knew that he and “Betty” could achieve this personal goal.

But first, it was time to upgrade his JRZ RS Two dampers from Touring configuration to Sport configuration. This upgrade meant two things: swapping to stiffer spring rates (700lb in the front and 900lb in the rear) and replacing the OEM pillow-ball tophats with JRZ spherical bearing tophats. 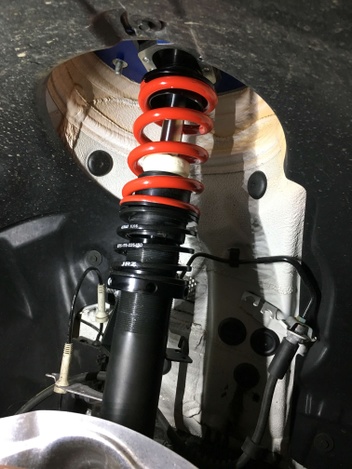 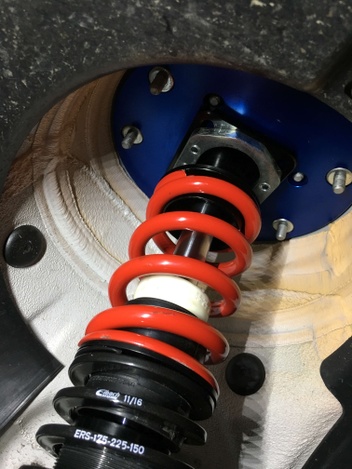 After reviewing tire temperature and pressure data from the last track day at Thunderhill with the engineers over at Nexen USA, it was decided that “Betty” needed to run more static camber up front to take advantage of the grip that the Nfera SUR4 tires offered; and the JRZ spherical bearing tophats (with built-in adjustable camber plates) allow for this type of adjustment. Additionally, Tom hoped to gain sharper and more precise handling characteristics because spherical bearings eliminate deflection. Once everything was installed, it was time to give “Betty” a fresh alignment setup. 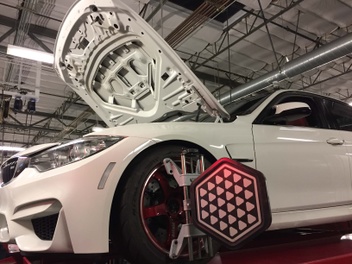 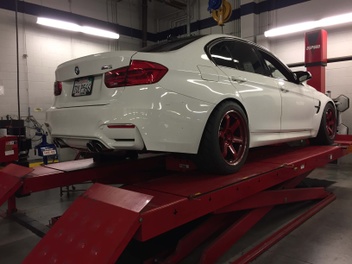 Tom spent a week driving around on the street first, and he did notice a slight increase in ride noise. The JRZ spherical bearing tophats are definitely noisier than OEM (which are designed by BMW to ride more comfortably for everyday use), but this is of course an understandable trade-off; especially since he was more focused on performance gains. The good thing is that normally, most spherical bearing tophats also transmit much more vibration and harshness but Tom didn’t feel that this was the case with JRZ’s.

A week later and Tom arrived at Buttonwillow Raceway in order to drive the infamous CW13 (clockwise 13) configuration that has been a benchmark for fast cars in North America for more than a decade. Buttonwillow is also where the annual Global Time Attack & Super Lap Battle Final event takes place (a race where Tom has podiumed 3 years in a row with his JRZ 12 31 Motorsport line equipped Honda S2000 race car nicknamed, “Irene”). First session out, and things were already looking very promising. Tom was immediately able to do a 2:03 lap time. Next session out, a 2:01. 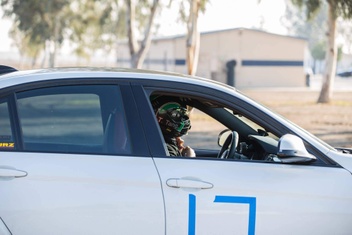 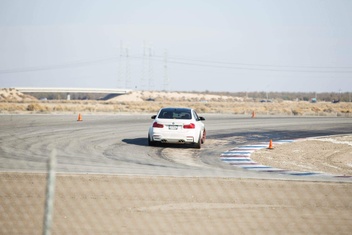 After swapping his tires from front to back (in order to help balance wear) and after making a few rebound and compression adjustments, Tom went out on track again and this time, he did it: a 1:59.2. We were told that Tom let his friend Graham Downey (a former Pirelli World Challenge driver) pilot “Betty” later in the day and Graham was able to record a 1:56.7; a truly blistering time for any car, and definitely the fastest an F80 BMW M3 has ever gone there on street tires. 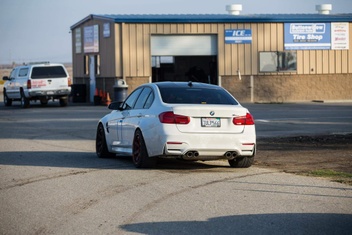 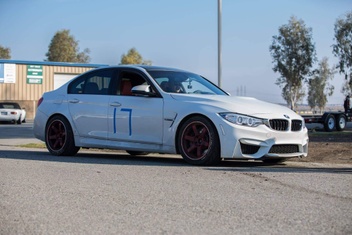 Ride along with Tom and “Betty” in 360-degree high-definition video for a sub 2:00 lap at Buttonwillow Raceway (CW13 configuration) here: 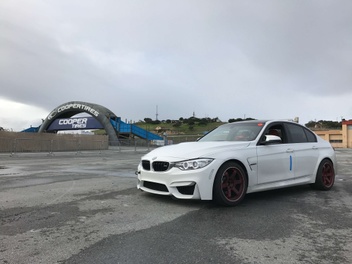 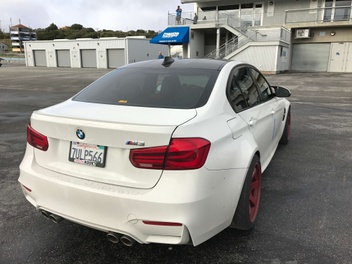 With Christmas just around the corner, Tom found himself at the race track once again. This time, it was at Laguna Seca in Monterey, CA. He had driven and raced there a few times over the past few years, but this was the first visit with “Betty.” Unfortunately, it was raining and throughout the day the weather conditions were constantly changing. The track was never fully dry and every lap around Tom found that sections which had grip earlier were now wet, or vice versa. What made things worse is that after only two sessions Tom overheated the OEM brake fluid and so he was forced to retire the car for the day. He had wanted to see how long the BMW DOT4 would last and it turns out the answer is: 2.25 days. Laguna Seca (for those who don’t already know) is a very tough track on brakes because most of the braking zones are downhill and that takes a toll on a heavy car like “Betty.” 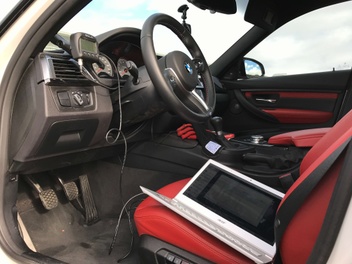 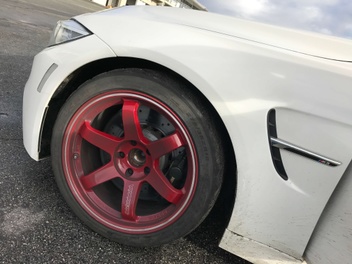 As such, the best lap-time Tom recorded that day was a 1:47.4. However, when he looked at his AIM GPS data he saw that had he been able to string together a clean dry lap in each of the sectors of the track, he would have been able to do a low 1:37 which is a time comparable to the 3X more expensive BMW M4 GTS! Tom has already said that he “will be returning to Laguna Seca when the weather is good” with fresh Castrol SRF racing brake fluid and Challenge USA stainless brake lines to see what “Betty” is truly capable of.

We know that Tom has many more track days planned throughout the year (in-between actual NASA Pro Racing weekends which take priority, of course) and that he will continue to find more time in “Betty’s” setup. All we know is, we are excited to support and to see Tom’s continued progress and success, and we know that his JRZ shocks (on either car) will always be up to the task!