In the last chapter of our blog we wrote about how Tom had his first-ever track day with “Betty” at Thunderhill Raceway. Since then, the team here at JRZ Suspension Engineering has built a brand new set of RS Two Touring dampers and shipped them out to sunny California for Tom to install and use. As it turns out, Tom had been very busy preparing for these shocks to arrive. 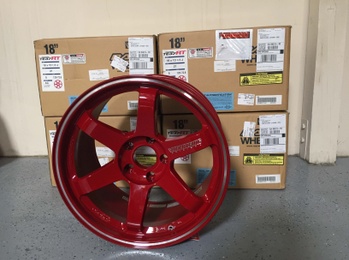 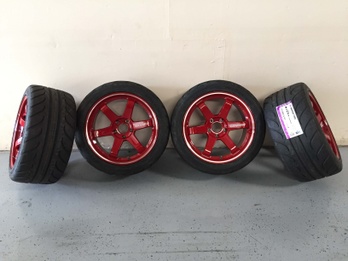 Unhappy with the performance of the OEM supplied tires, he had called his buddies over at RAYS Engineering and Mackin Industries to provide “Betty” with some new (wider) shoes: a gorgeous set of Volk TE37RT wheels in Burning Red. They were sized in 18x10.5 +21 offset. Tom opted for a square setup because he prefers the same size wheel and tire up front for better turn-in response.

Tom then asked his friend, Paul Jho at Nexen Tire, for a few sets of the new ultra-grippy Nfera SUR4 street tire in 275/35/18. So by the time the RS Two’s arrived, “Betty” was ready to receive quite the track-oriented makeover. 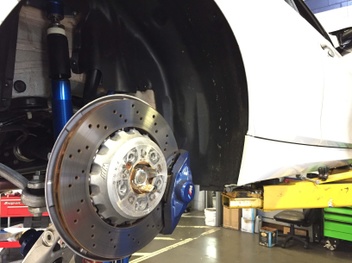 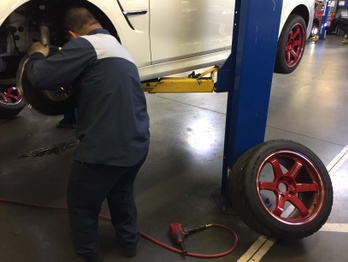 Installation of the RS Two dampers went very smoothly for Tom as it was done by Andrew Eng, his longtime racing crew-chief and someone with experience installing and setting up our Motorsport series dampers. Drew commented that “the RS Two instructions were easy to understand” and “the packaging was really nice.” He said he “expected nothing but the best since these were JRZ’s, after all.” A few hours later “Betty” was aligned and ready to hit the road.

Tom’s first impression? He immediately noticed “how much smoother and more responsive the car had become with regard to changing direction and lateral grip,” and also how “much quieter” the RS Two’s are in comparison to the OEM BMW shocks. Within a few days Tom had several passengers sit in his car and he intentionally asked them as to whether or not they noticed a difference with “Betty.” Their response? Tom’s mother said that “before, it seemed as though your car had overinflated tires because it felt very harsh over bumps.” But “not anymore.” Tom was really pleased by this because it is a terrific indicator for the performance of the RS Two damper. They handle significantly better than OEM without sacrificing ride quality. They are drivable on a daily basis and also ready when someone wants to hit the track. And that is exactly what will be happening soon. 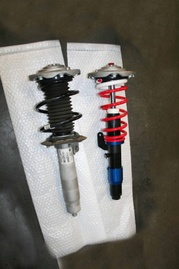 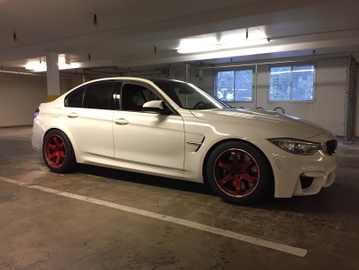 Stay tuned for Chapter 4 which will feature: